Water is creeping up the worry-ladder of environmental problems that need to be dealt with around the world. In drier climates, here in the US, water is a precious resource. California is a state that best knows about water shortages with water piped in from Northern California and the Colorado River. When the average household uses about 300 gallons of water a day—and much more for the drier, hotter climate —this is a serious concern, especially, when we know that only 1 percent of the world’s water can be used for our needs. The rest of the 99 percent is frozen in glaciers or is salt water in the oceans. Some might argue that the rain and snow replenishes the earth’s watershed, but there is no guarantee where or when that water will fall, leaving us with floods or droughts throughout the year. 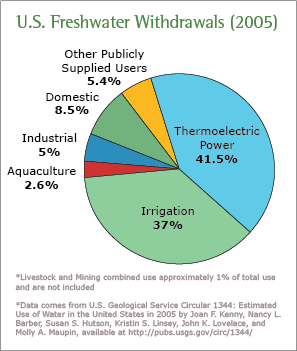 resident, Reza Pourzia as he drove through his neighborhood in the mornings. Every day, those beautiful, lush green lawns, and gardens were being watered by automatic sprinkler systems—come rain or shine. It really bothered him that in a place that was so desperate for fresh water that people’s yards were being drowned, well past the point of saturation, until the overflow was running down the street, filling it with fertilizers and pesticides.

Driving past people’s homes with those automatic watering systems, ready to spring to action the very second that timer hit its mark, drove him to distraction. There had to be a way around the problem, but even he realized what a pain in the neck it was to reset those timers. This, of course, would prove to be an impossible task unless you knew when the weather would change. People had jobs, kids needed to be chauffeured to here and there, errands … they couldn’t sit home to wait to see what the daily weather changes were. This nagged and niggled around in the back of his mind each day. And, this was the defining period that Reza Pourzia became a social entrepreneur.

All that thought paid off as soon as wireless technology came into play. Pourzia realized that if he hooked up the sprinkler system to a computer program that the whole wasted water problem would be solved directly from the weather stations. The benefits from this idea were thrilling—lower water bills for the homeowner, less water being wasted in the environment, and less money spent on fertilizers and pesticides that had been washed away down the street gutters. The latter, of course, is also much better for everyone’s health and the environment. And finally, there would be no need to reset timers. It was such an exciting idea that Pourzia quit his consulting job and went to work putting his plan into action. Thus, in 2005, Cyber Rain was born.

The controller that Pourzia developed, to control the flow of water being used daily, is simple to use. The module plugs into your home wireless network. The old sprinkler timer is replaced with this new one. The device connects to the weather service and water use can be adjusted to the amount of humidity or rain on any given day, and it can even be adjusted for slopes or hills.  The software alerts you when a sprinkler head breaks, and can even tell you when it’s time to fertilize your lawn again. The Cyber Rain Cloud allows you to operate the system from anywhere, even your iPhone.

It’s estimated that Cyber Rain will save between 40 to 60 percent of household water usage per year. It is a perfect idea for commercial use as well for schools, parks, municipalities, golf courses. They are the first smart-irrigation product to be certified by the EPA’s Watersense. They have also passed the SWAT certification by the Center of Irrigation Technology. Many states are offering rebates of up to $1,000 to get people to conserve water with this new technology.