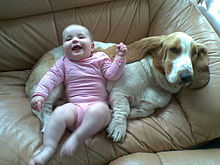 Did you know that both the bark of a dog and the noise of a subway have equal decibel ratings of 101?  Who would have thought a barking dog could harm your hearing?  What about falling asleep in front of the TV with the volume turned up?  Did you ever wonder about traffic, trains, or construction sites?

Wayne Lesser did.  As a child, he watched his little sister get fitted for state-of-the art hearing aids in the mid-1950s.  He claimed it was an ugly and scary thing about the size of a deck of cards with two wires leading to her ears.  It left a strong impression on him.  So did her huge smile—the moment they turned the unit on—she could actually hear the water running from the faucet that he was turning on and off .  It was a life-changing event in the family.

As years passed, still little has happened in society to educate people on how hearing loss occurs. He decided that someone had to start making a change in people’s lives to help them understand the importance of hearing health, and he might as well be the one to do it.  And, he did—with the lessersound app and the “Color of Sound” technology—making it to one of the top three final nominations for the 2016 Appy Awards for new medical technology. Take a look at his video.